The Albertina Sisulu Centenary 2018 Memorial Lecture was delivered by social and political activist, Graça Machel on Tuesday, 9 October. The lecture was hosted by the Albertina Sisulu Executive Leadership Programme in Health (ASELPH) at the University of Pretoria’s Faculty of Health Sciences on the Prinshof South Campus.

ASELPH is a partnership of the University of Fort Hare, the University of Pretoria, the Harvard TC Chan School of Public Health; and South African Partners, in collaboration with the National Department of Health.

The presenter, Mrs Machel is an internationally-renowned advocate for women and children’s rights and is a former freedom fighter in Mozambique’s FRELIMO movement and the country’s first Minister of Education.  Through the Graça Machel Trust, founded in 2010, she advocates for women’s economic and financial empowerment, food security and nutrition, education for all, and good governance.

Albertina Nontsikelelo Thetiwe was born in 1918 in the Transkei at the height of the Spanish influenza.  She survived this against the odds and her strength was recognised by her father, who on his deathbed gave her the responsibility of caring for her younger siblings and their ailing mother, with the support of her maternal grandparents of the Mnyila family.

She won a scholarship to the Mariazell College where she completed her high school education and went on to train as a nurse in Johannesburg in 1940. She married political activist, Walter Sisulu in 1944 and emerged as a powerful figure in her own right in the 1950s, playing a significant role in major campaigns such as the 1956 women’s march.

In 1964 she was left to care for her children when her husband was sentenced to life imprisonment on Robben Island. Despite bannings, police persecution, imprisonment as well as the torture, detention and exile of her children, she continued to work as a nurse while remaining active in the ANC.

In 1983 while in prison, she was elected co-president of the United Democratic Front, a powerful umbrella body of anti-apartheid and civic organisations aligned to the ANC.

Her husband Walter was released from prison in 1989 and with the unbanning of the ANC, her children returned from exile. MaSisulu was elected to the first democratic parliament in 1994 and retired in 1999 to devote herself to community work and caring for her husband who passed away in 2003.

She passed away on 5 June 2011 in Johannesburg.  In this year of her centenary, the nation remembers the woman who rose from humble beginnings to become an internationally-acclaimed freedom fighter and one of the most influential South Africans of the 20th century. 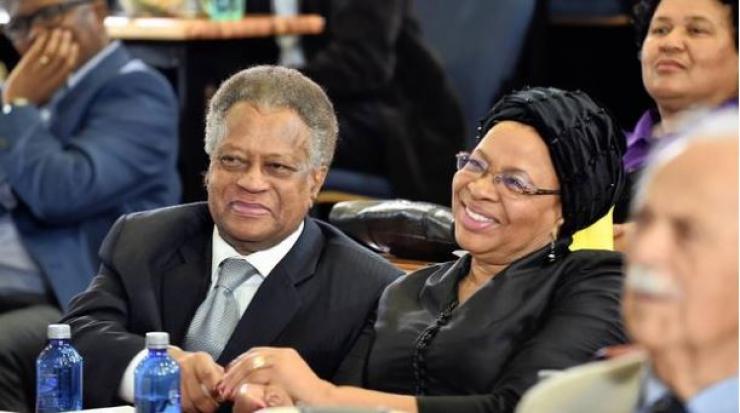