When I became involved in advocacy work 16 years ago in the Eastern Cape, there was a lot of stigma around HIV/AIDS. I saw people dying around me. People were suffering. Clinics weren’t providing ART. I couldn’t sit back, so I started as a volunteer with the Treatment Action Campaign (TAC). I fervently articulated TAC’s position on the state of health in the Eastern Cape, using TV and radio platforms to become a voice of the voiceless.

South Africa Partners became another platform to continue my lifelong work. I’ve worked tirelessly to bring change in the prison systems through STEPS. We need to remember that the incarcerated are our brothers and sisters. If we can create change in those facilities, they will ultimately bring change to the communities they return to.

An important change that I’ve noted is that even though stigma remains, there are safe spaces for those infected and affected by HIV/AIDS in South Africa. In the past, prison officials didn’t understand why prisoners were being provided with health supplies and rehabilitation support. For them, it was only about punishing people. They are now more understanding of issues related to sexuality, gender, sexual behaviors, stigma and discrimination, substance use, human rights, violence and abuse and HIV. I’ve worked to create an outreach campaign and testing program that targets new recruits that are training to become prison officials. This creates a cadre who understand their role in connecting prisoners to services they need during rehabilitation.

I’m particularly proud of the progress South Africa Partners has made within the Zondewater Prison in Gauteng. Over four years, 35 prisoners have become peer educators. We create sustainable programs that allow prisoners to become leaders in their communities when they return home. Peer educators have formed the Ubuntu Community Theatre which helps fellow inmates process issues in an expressive way that doesn’t rely on formal teaching methods. These peer educators have become a key pillar of the health system within the Department of Correctional Services. 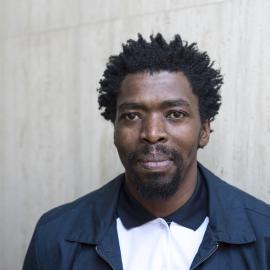